ONE DRIVER AT A TIME 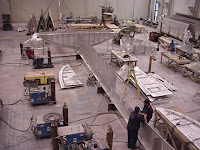 The other day I was talking to a friend who is a marine industry PE. Not surprisingly, he took me to task about my last blog post, “Who Should Be the Designated Driver?” He pointed out that it is all well and good to say that, in a perfect world, a project schedule should drive engineering, and not the other way around. But, he went on, there are situations in which in-house engineering deliverables are delayed by factors beyond the control of in-house engineering.


For example, situations in which critical information and drawings from an outside vendor are delayed or simply non-existent. If the build-client has hired the outside vendor, that vendor is neither under the control of, nor necessarily responsive to pressure from the yard’s in-house engineering. In such cases, my friend points out, in-house engineering is forced to work through the build-client or the client’s representative with, as often as not, little positive effect. The result is that the project manager gets his shorts in an uproar, yard execs with bottom line responsibilities get cranky, and the build-client becomes increasingly unhappy with progress -- while all parties misdirect their displeasure at in-house engineering.


My friend is right. It ain’t always under his control. And simply throwing in-house engineering under the bus may shift the focus of displeasure temporarily, but it will not do anything to correct schedule slippage and associated problems. Unless such situations are corrected timely or, better yet, avoided at the very inception of a project, the results are likely to be not only production delays, but as well late project completion, monetary losses for both build-client and shipyard and, perhaps most unfortunate, hard feelings all around. So, what to do?


Third, if a project already started does not conform to one or the other of the above scenarios, and is running into schedule problems due to late deliverables from outside vendors, yard management has to bite the customer-relations bullet (some will no doubt argue that it is more like a customer-relations cyanide capsule) and renegotiate the contractual situation to bring it into conformity with one or the other of the above two scenarios.


Mulltiple, separate, and parallel lines of responsibility and communication do not, as some might believe, facilitate project success. They work against it. So define your project management structure very carefully.